Andrea Spendolini-Sireix booked her first date at an Olympics on Wednesday – much to the delight of her famous father.

The 16-year-old’s dad is television personality Fred Siriex, the maitre d’ on Channel 4’s First Dates, who posted his support on social media after his daughter was selected as the youngest member of Great Britain’s 12-person diving team for Tokyo.

‘My dad is really encouraging,’ said Spendolini-Sirieix, who is looking to win a medal in the 10-metre platform event, in which she claimed silver at last month’s European Championships. ‘My family do everything for me. 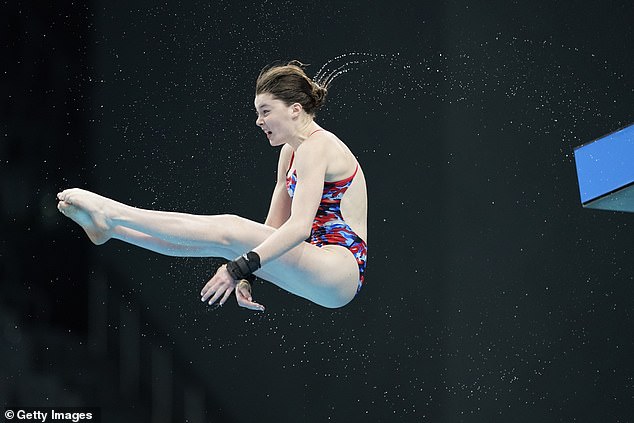 Andrea Spendolini-Sirieix, a 16-year-old debutant, has been picked for Team GB’s diving squad 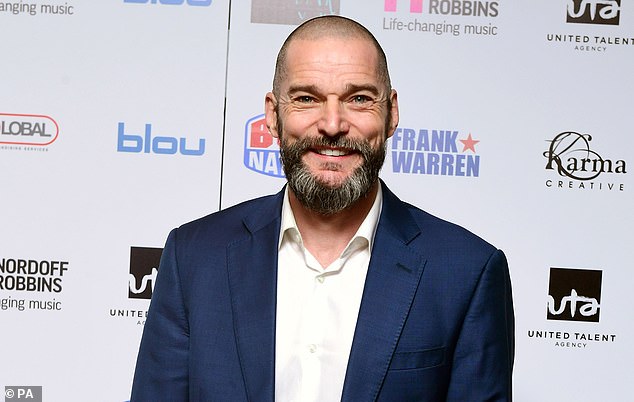 She is the daughter of Fred Sirieix, the maitre d’ on hit Channel 4 show First Dates

‘I watch First Dates from time to time, I think it’s quite funny. But when my school friends say, “Oh my gosh, your dad is a celebrity”, I go, “Oh no he’s not, he’s just my dad”.

‘My dad and I have different fields — he is on TV and I jump off a diving board. My dad tried it and he can tell you it’s not the easiest thing to do!

‘I want to show and I want to broadcast to everyone that I want to be the best. The dream for every athlete is an Olympic medal. I’m so excited for this experience.’

While Fred is French, Spendolini-Sirieix’s mother is Italian and the young diver — who was named last year’s BBC Young Sports Personality of the Year — was born and raised in London. 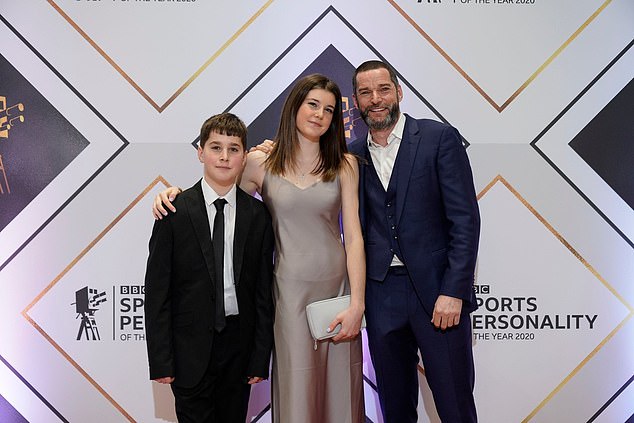 The teenage debutant, who won BBC Young Sports Personality of the Year in 2020 – says her father is ‘really encouraging’

She did not try the sport until after London 2012, where her new team-mate Tom Daley won the first of his two Olympic bronze medals.

Relative veteran Daley will be competing in his fourth Games in Tokyo and is going in search of an elusive gold medal in the 10m platform and 10m synchro, where he will partner debutant Matty Lee.

The 27-year-old is buoyed by winning two golds at last month’s World Cup in Tokyo, a test event which also gave him confidence that the Games can be held safely despite the host city being under a state of emergency.

‘I feel very reassured that they know what they need to do to keep it safe,’ admitted Daley. ‘The test event blew me away. It was very reassuring to see the protocols so heavily enforced. It was very, very regimented. It felt extremely safe. 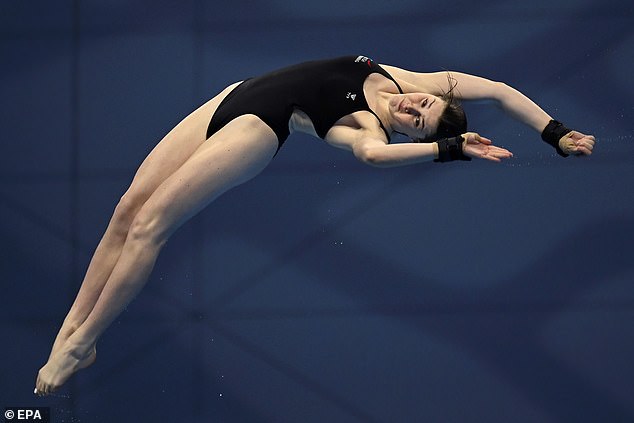 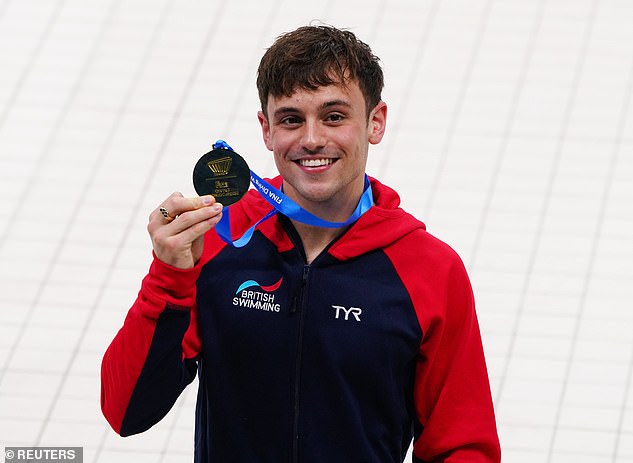 ‘They had a solid plan and if the Games are anything like that, I feel like it will be as safe as it can be. I’m excited to go back.

‘Any athlete would be lying if they said that they didn’t want to win an Olympic gold and obviously that one has eluded me for my diving career so far.

‘But I have to get to the start line in one piece and be there ready to compete at my best on that day with no regrets.’

For the first time, Team GB have qualified divers for every available spot at the Olympics, with Jack Laugher looking to defend his 3m springboard synchro title with new partner Daniel Goodfellow.