By Daniel Matthews For The Daily Mail

The Welsh athlete, who tasted glory at London 2012 and Rio 2016, can become Britain’s first female to triumph at three successive Olympics.

But this summer’s showcase has been shrouded in controversy, with the Japanese capital under a state of emergency due to a fourth wave of Covid-19. A poll this week found more than 60 per cent of locals want to postpone or scrap the Games. 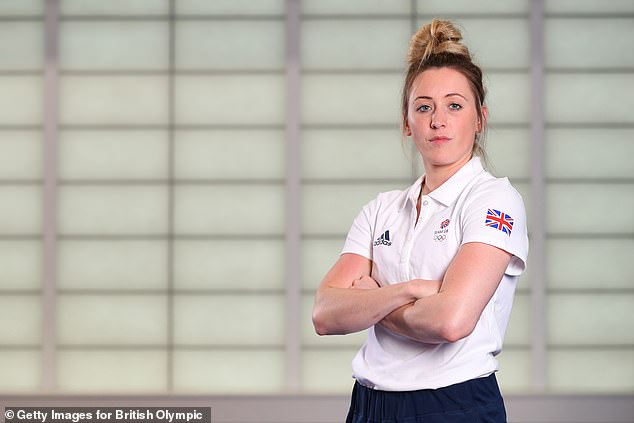 Jones was named in Team GB’s five-strong team for Tokyo on Tuesday and she admitted: ‘The pandemic has been serious. It’s been horrible for everyone so I can understand why people are saying that.

‘At first I was really engaging in the news and the press and it was just kind of de-motivating me and making me think: “Oh god, is it on, isn’t it on?”

‘So since then really, I don’t even watch the news any more. I don’t really engage in it, my focus is literally to be in the best shape I possibly can.. If I let that in, it’ll put me off my training. I’m preparing as if the Olympics is on.’ 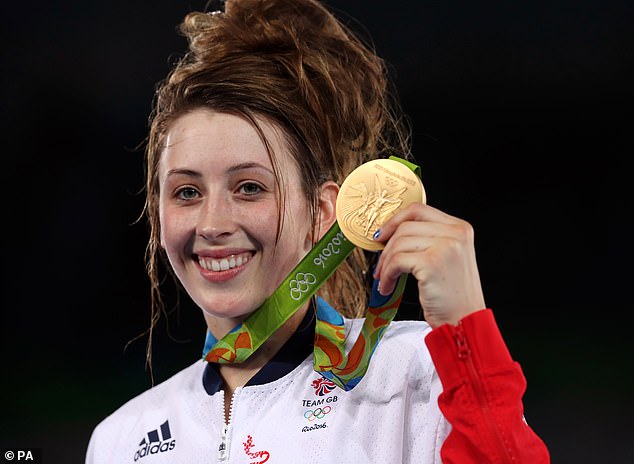 Jones has been using meditation and yoga to maintain her mental health. She claims her drive to win gold has now pushed any external noise out of her head.

‘If you’ve got a doubt in the back of your mind: “It’s not going to be on anyway” or “It’s going to be cancelled” then it’s hard to give that 100 per cent effort in those times when you need to push and it’s really tough to dig in,’ she said.

GB Taekwondo Performance Director, Gary Hall, revealed all of their athletes had taken up the offer of a coronavirus vaccine.