ALEX BRUMMER: Penguin Random House better be aware of what it wishes for if it tangles with ruthless activist investor Elliott

Britain’s leading-edge creative industries have struggled in the pandemic with theatres closed, live concerts curtailed and film production hampered. It is terrific then, that UK-quoted publishing house Bloomsbury, the spiritual home of JK Rowling, performed well in the plague year.

Consumer publishing surged by 22 per cent with both adult and children’s book sales surging. Star of the show was American fantasy author Sarah J Maas but Harry Potter revenue, up 7 per cent, is the stalwart which keeps on giving.

Many companies are known for issuing repeated warnings over missed profit targets. Bloomsbury has surprised with a bunch of upgrades and managed a 22 per cent lift in pre-tax profits to £19.2m. 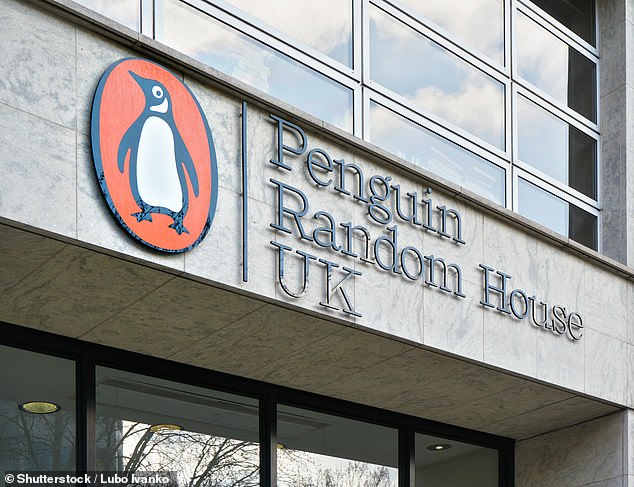 Dispute: Penguin Random House, which controls around 25 per cent of the UK book market, has restricted supplies to Waterstones

It declared a special dividend and still sits on £50m ready for acquisitions. It has spent £8.45m on Head of Zeus which publishes Victoria Hislop and current best-seller The Wolf Den by Elodie Harper.

Covid-19 is part of a trend which saw a power shift in the book industry to publishers from the booksellers. Amazon is the biggest winner and anyone who released a book during lockdown will know that with out the online outlet there was little chance of garnering attention.

It is unfortunate, however, that Britain’s Competition & Markets Authority signed off last month on the £1.6billion mega-book takeover by Bertelsmann-owned Penguin Random House (PRH) of Simon & Schuster. The deal is still under scrutiny by the US Department of Justice amid protests from competitors including Rupert Murdoch-controlled Harper Collins.

The objectors make a good point. Even before the S&S deal approval in the UK, Penguin Random House was throwing its weight around. As a result of a dispute with Britain’s biggest independent book-selling chain, Waterstones, over credit terms you would be hard put to find Penguin Random House books in its stores. PRH, which controls around 25 per cent of the UK book market, has restricted supplies to Waterstones.

In retaliation, Waterstones is refusing to promote PRH titles, which means that they don’t get the window display or enticing promotions at the front of the store.

Bookshops are an asset to every high street and their survival at all is a miracle given the assault they took from Amazon which saw many chains including Dalton, Book World and Borders fail.

Waterstones is a survivor due to the care of chief executive James Daunt, who gave store managers their head and the financial support from Elliott Advisors.

Not only has Elliott nursed Waterstones through Covid, it stands behind the 600-plus Barnes & Noble stores in the US. Penguin Random House better beware of what it wishes for if it tangles with ruthless Elliott.

We should not underestimate the value of the ‘Generation Z’ pound.

Out of its electronic wallets or Klarna never-never accounts Boohoo, Asos and online sites delivering video games, fintech banking and much more have been born. Latest to have been discovered is Depop, founded in 2011, which is the go-to site for online, branded second-hand clothing.

The market for famed labels such as Ralph Lauren, Adidas and Benetton is no secret. Friends in the US founded a great enterprise by making a deal with churches to empty and sort their clothing banks, shipping Levi jeans, varsity shirts and bomber jackets to what became a superstore in Tallinn, Estonia.

What is more surprising about Depop, with revenues of just £50m last year, is that American buyers Etsy, which specialises in vintage and gifts online, should value it at £1.2billion. The attraction, one assumes, is a network of 4m buyers and 2m sellers who last year traded goods worth £464m.

Etsy likes to think of itself as the people’s Amazon, because it helps smaller companies and communities to trade online without Big Brother looking over their shoulder. I discovered it in lockdown when I needed a roll of 35mm film developed and clicked on because the price was so competitive.

The service was great but I could have done without the hefty US postage charge.

The stain of Greensill lives on.

The Wall Street Journal reports that the governor of West Virginia, Jim Justice, could personally be on the hook for £500m of loans arranged by Greensill for his coal company Bluestone Resources.