By Chris Foy for the Daily Mail

Dan Biggar is destined to be available for the Lions’ pre-tour Test against Japan at Murrayfield, after escaping disciplinary action for a clumsy ruck challenge on Jacob Umaga.

The 31-year-old Wales fly-half inspired Northampton to Premiership victory over Wasps at Franklin’s Gardens last Saturday, but appeared in danger of being cited after an incident late in the game.

He tried to clear opposite number Umaga out of a breakdown but his arm made clear contact with the younger playmaker’s head. 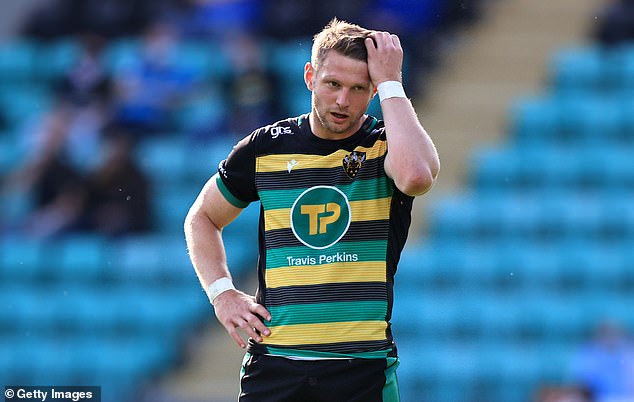 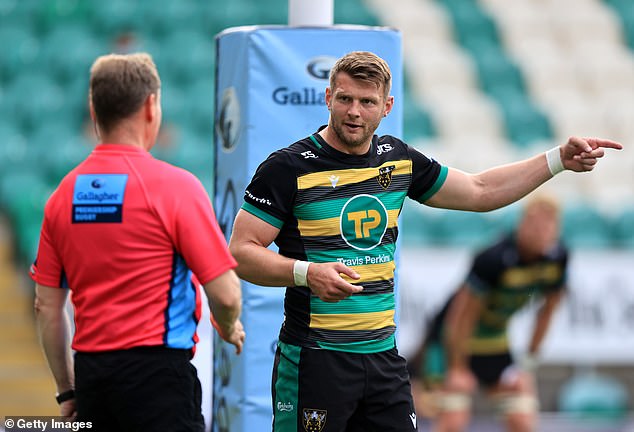 Wasps were infuriated by the lack of action from the match officials at the time, with head coach Lee Blackett saying: ‘I just don’t think the TMO wants to look at it for some reason.’

However, Sportsmail understands that Biggar will not be cited, as the offence was not deemed to be worthy of a red card, so he is free to continue playing for the Saints.

He is also free to play for the Lions, providing he avoids any mishaps in his club’s last two league matches of the season.

Biggar has been in supreme form for Northampton and is widely regarded as the front-runner to wear the Lions’ No 10 shirt for the approaching Tests in South Africa. 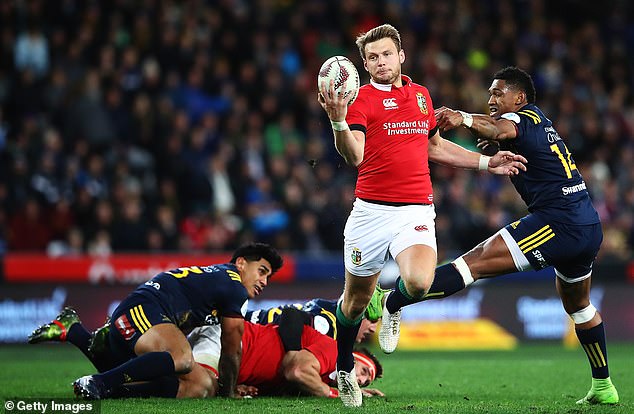 Missing the game against Japan would have denied him the chance to start honing a half-back alliance with Conor Murray – the Ireland scrum-half and favourite to wear No 9 against the Springboks.

So this is a welcome development for Biggar and for Lions head coach Warren Gatland, who can now plan to give an immediate outing to the prospective creative hub of his first-choice side.

If Biggar had been ruled out of the Japan fixture, it would have forced Gatland to rush either Finn Russell or Owen Farrell into the starting XV, after being unavailable for the Jersey training camp due to commitments with Racing 92 and Saracens respectively.