UK records FOUR Covid deaths: Fatalities stay in single figures for second day running for first time since September as cases fall by 28% in a week to 1,946 – as MPs, pubs and restaurants urge PM to speed up lockdown-easing plans in England

The Department of Health’s daily update showed infections are also down more than a quarter compared to last week after 1,946 positive tests were processed in the past 24 hours.

It comes after just one Covid fatality was recorded yesterday — the first time there have been single digit deaths for two days running since September 13 and September 14.

The small number of deaths may be partly explained by the bank holiday, when the figures are often lower to due the way fatalities are logged. The seven-day rolling average number of daily Covid deaths is now 13.

People have also been less likely to come forward for tests on weekends or public holidays and many of the daily swabs are now conducted in schools and workplaces.

Meanwhile, latest figures show another 208,362 second vaccine doses were dished out across the UK on Sunday and 79,304 people were given their first injection.

It means 34.6million Britons — more than half — have been jabbed at least once and 15.6million — nearly a quarter of the population — have been fully vaccinated.

The promising figures will be seized upon by MPs, businesses and pubs and restaurants who today called for lockdown to end sooner.

The PM has so far refused to budge in the face of calls for more freedom, with restrictions set to stay in place until June 21 — touted as England’s independence day.

But even ‘Professor Lockdown’ is now optimistic that vaccines will squash the UK’s third wave of coronavirus and life in Britain will ‘feel a lot more normal by the summer’.

Neil Ferguson, the SAGE adviser and Imperial College London epidemiologist whose grim death toll predictions led Britain into its first lockdown last year, said today that he expects the vaccine rollout to help keep the UK out of lockdown for good. 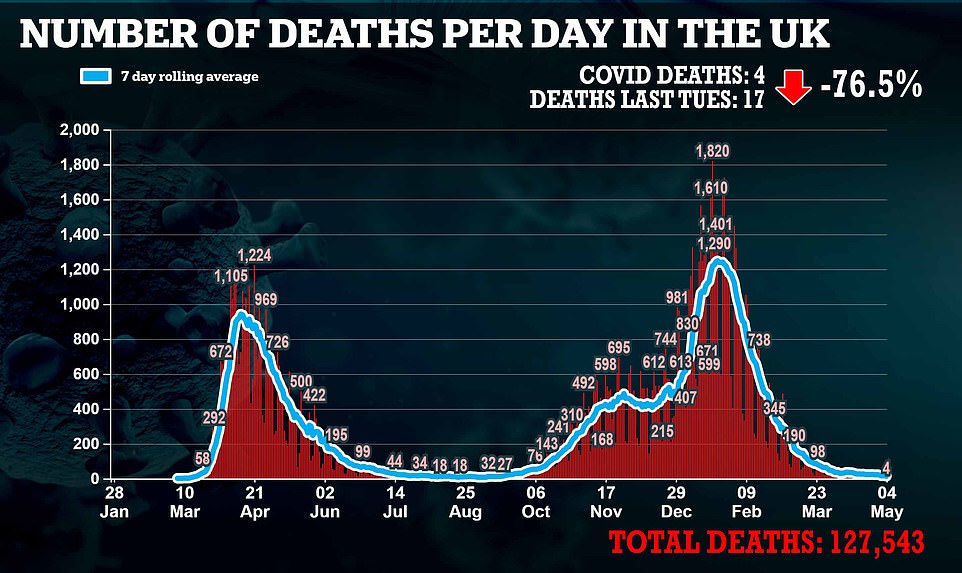 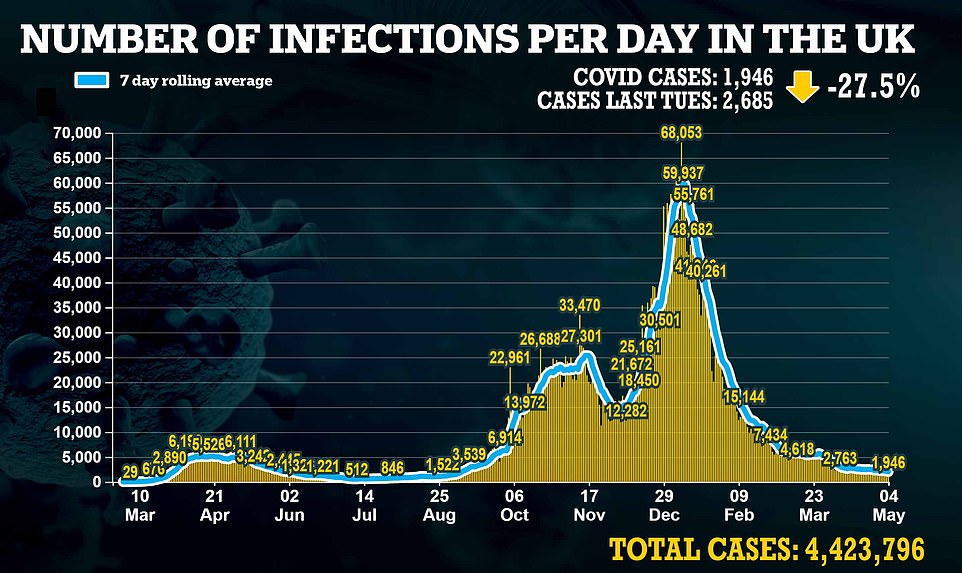 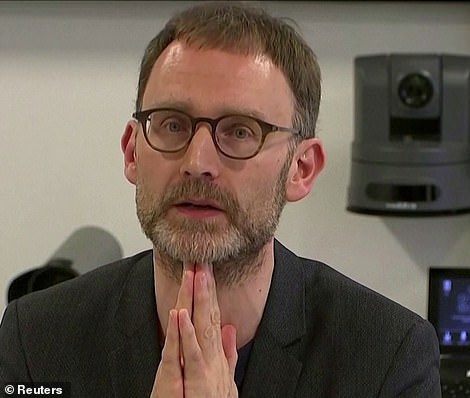 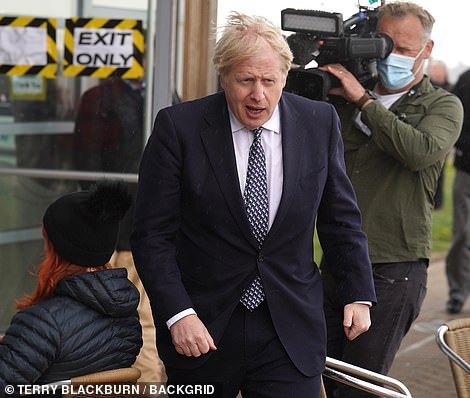 Sir Robert Syms, Tory MP for Poole in Dorset, yesterday said: ‘We need to push the Government to get on with it. A lot of normal life could be returned’. He said the country would ‘lose another summer’ if rules aren’t eased soon.

Desperate business owners called ministers to move quicker, with one restaurant boss claiming reservations have been cancelled because of the ‘terrible weather’. Hospitality chiefs said it was essential that trading goes back to being ‘unrestricted’ on June 21.

The next lockdown relaxation is due in less than two weeks’ time on Monday, May 17, when people will be allowed to meet in large groups outdoors and small groups indoors. Foreign holidays are also planned to be given the go ahead at the same time.

Professor Ferguson said jabs appear to work so well that they may hold the virus at bay even in the autumn and winter, when experts fear it will make a comeback like flu. He added the ratio of cases to hospital admissions would be much lower next time around and it was unlikely there will be any danger of the NHS getting overwhelmed.

He admitted ‘we do expect transmission’ when society fully reopens in June but suggested vaccination should replace the need for lockdowns and the UK is ‘in a very good position’ to stick to plans for June 21.

Another member of SAGE, however, urged people not to get over-excited about Boris Johnson’s claim that social distancing could be scrapped in summer. Professor Stephen Reicher, a psychologist at St Andrews University, said the PM’s comment should be taken with a ‘pinch of salt’ because ‘things can change very rapidly’ and cases could spiral if people got complacent.