The biggest divorce since Bezos: Bill and Melinda Gates will have to divide his Microsoft fortune which made him the world’s youngest billionaire at 31 – before he pledged to give it away rather than leave it to his kids

Bill and Melinda Gates’ divorce will be the largest division of assets since Jeff Bezos and his wife MacKenzie split in mid 2019.

The Gateses are worth an estimated $130 billion, making them the fourth-richest people in the world, behind Bezos, Elon Musk, and French luxury goods owner Bernard Arnault.

When the Bezos divorce was finalized in July 2019, she received $38.3 billion worth of Amazon stock – making her the richest woman in the world.

Like the Gates, they had been married for decades: the Bezoses for 25 years, and the Gateses for 27 years.

MacKenzie Bezos had also been heavily involved in the early days of their company, Amazon – much like how Melinda Gates played a senior role at Microsoft.

The Gateses, who have three children – Jennifer, 25; Phoebe, 18; and Rory, 21 – have their main home in Washington state, on the outskirts of Seattle. 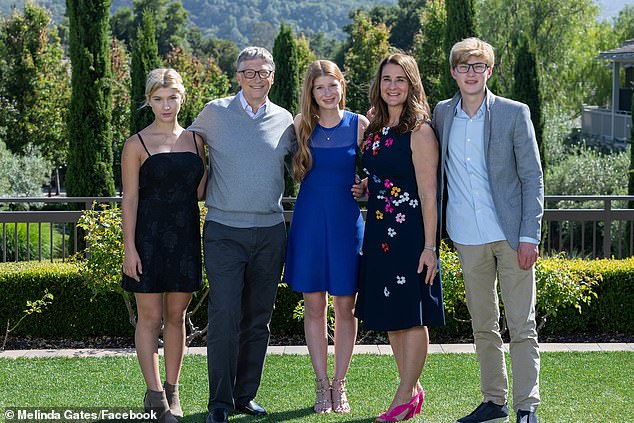 Bill and Melinda Gates, pictured in November 2019 with Jennifer, Phoebe and Rory 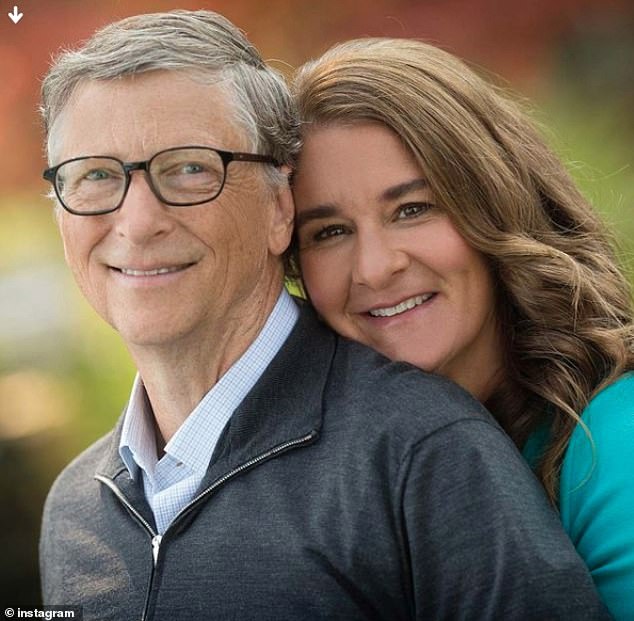 Bill and Melinda Gates, in an Instagram photo from August 2018

They also own property in California, Florida, Wyoming and Massachusetts.

In addition, they have a private jet and an astonishing art collection. He also owns a fleet of fast cars.

In 2000, they founded The Gates Foundation, dedicated to helping some of the world’s poorest people through initiatives such as eradicating polio, reducing the spread of malaria and HIV/Aids, and investing in sanitation and financial systems for those without. They have poured huge amounts of their own money into the Foundation, making it one of the world’s largest philanthropic organizations.

In 2010 they founded The Giving Pledge, alongside Warren Buffett, and promised to give away the majority of their fortune.

Their three children would receive a reported $10 million each – a tiny fraction of their parents’ fortune. 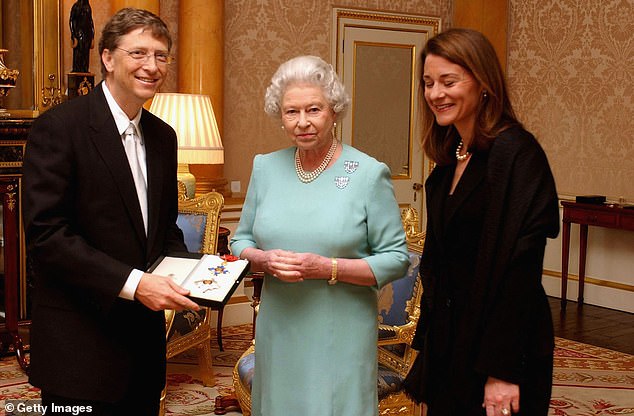 Yet, despite The Giving Pledge, they retain plenty of assets which will need to be split between them.

Prime among them is their main family home, known as Xanadu 2.0.

The 66,000-square-foot mansion overlooks Lake Washington in Medina, nine miles out of downtown Seattle – where The Gates Foundation has its headquarters.

Bill Gates owns 1.37 per cent of Microsoft’s outstanding shares, which are worth more than $26 billion, according to CNBC.

He stepped down from the board of Microsoft in March 2020, but remains as a technology adviser to CEO Satya Nadella.

He also makes investments through his Gates Ventures private office.

In 2015, Melinda Gates established a new organization called Pivotal Ventures, an independent executive office. The idea was to allow her to pursue ideas that might not fit within the structure of the Gates Foundation.