Disturbing new details emerged in the case of an Idaho grandmother who has been charged in connection with her eight-year-old granddaughter death, including how the child’s vomit-covered body was found wrapped in a trash bag inside the suspect’s car.

Connie Smith, 54, was originally arrested last Thursday on a charge first-degree murder, but during her arraignment in Gem County court on Monday it emerged that she now only faces counts of felony failure to notify of a death and destruction of evidence.

According to a probable cause affidavit, law enforcement officials last week discovered the body of Smith’s granddaughter, eight-year-old Taryn Summers – identified in court records by the initials T.S. – in the trunk of her Lexus. 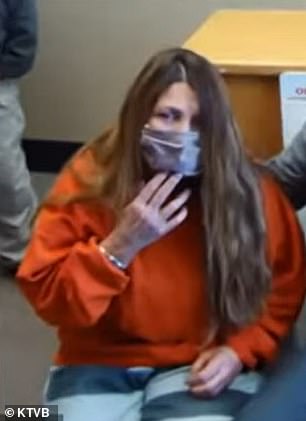 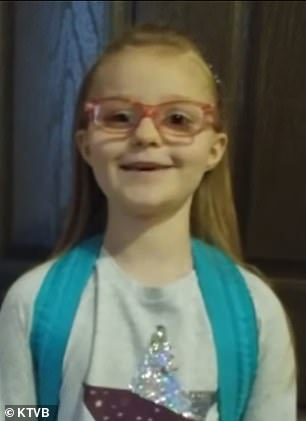 Connie Smith, 54, has been charged with failure to notify of a death and destruction of evidence in connection with the death of her granddaughter, Taryn Summers (right) 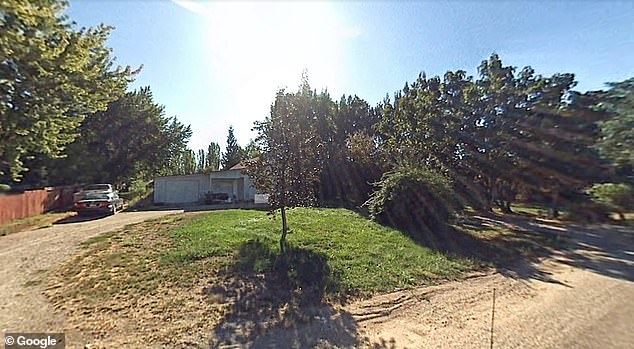 Taryn’s body was discovered in her grandmother’s Lexus parked outside her home in Emmett, Idaho, on April 14

The child was reported missing from Smith’s home on Airport Road on April 12, months after her two older siblings, 16-year-old Tristan Sexton and 14-year-old Taylor Summers, ran away from home. The older children are not considered to be in danger.

According to court documents cited by EastIdahoNews.com, Smith called the police last week and claimed that ‘T.S.,’ who is believed to be her granddaughter, Taryn, had run away from home on April 12.

The grandmother claimed that Taryn had defecated on a carpet at her home, and she cut out the carpet and burned it. 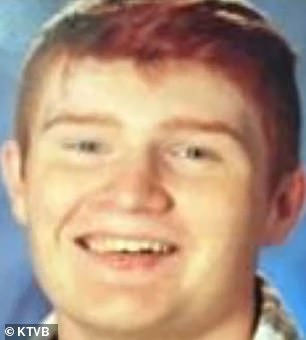 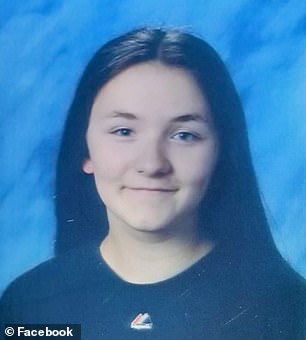 Investigators later learned that Smith was driving a black Lexus with Taryn sleeping in the backseat on the day of the child’s purported disappearance, and that she carried the girl to a bedroom at home.

Two days later, police searched Smith’s Lexus and found her granddaughter’s body stuffed inside a black trash bad on the floor of the rear seating area. 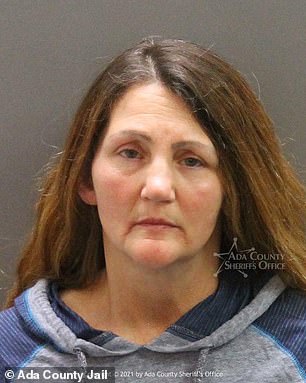 Smith was initially arrested on a count of first-degree murder, but that charge was later amended; prosecutors say more charges could be filed

The affidavit revealed that the child had vomit in her hair and on her shirt. The document did not list a possible cause of death.

During a search of Smith’s residence, forensics investigators observed a small brown spot on a bedroom wall, which they presumed to be blood, the document stated.

Jennifer Sexton, who identified herself as Taryn’s aunt, wrote in the description of a GoFundMe campaign that Smith was the foster mother of the girl and her older siblings.

‘Taryn had a personality twice her size and was a very funny and smart little girl who could always make everyone laugh,’ wrote Sexton.

EastIdahoNews.com previously reported that the children’s biological mother was arrested in 2019 after Taylor, Taryn and another sibling tested positive for illegal narcotics.

At Smith’s arraignment on Monday, Judge Tyler Smith called the allegations against the woman ‘disturbing.’

Prosecutors Erick Thompson told the court that additional charges could be filed against Smith, and asked the judge to set her bond at $1million.

Smith’s defense attorney argued that his client is not a flight risk because she has strong ties to the community, have lived in Idaho for 20 years and raised eight children there. 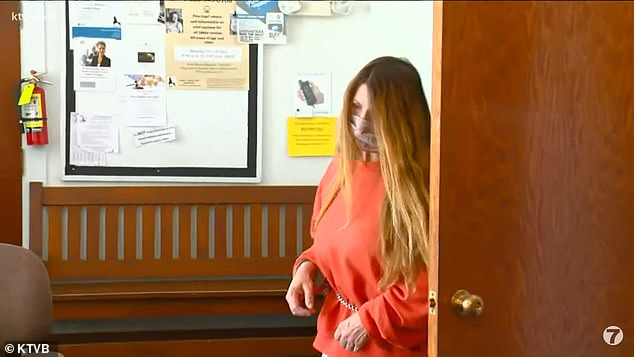 A judge set Smith’s bail at $800,000 on Monday and ordered her to wear a GPS monitor, if she is released

He also said that she is a person of modest means, and any bond amount would be difficult for her to pay.

The judge set Smith’s bail at $800,000. If released from jail, she will be required to wear a GPS monitor, surrender her passport, and stay in western Idaho. She is also prohibited from having any contact with children.

Smith is due back in court for a preliminary hearing on May 3.