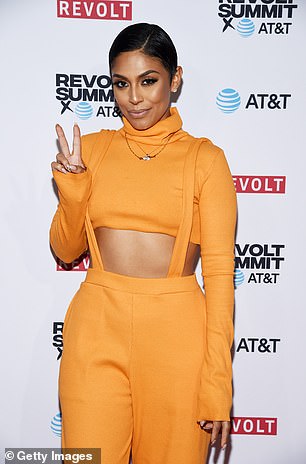 Television presenter Nick Cannon is to become a father again, three months after another girlfriend gave birth to their second child.

Abby De La Rosa, a 30-year-old DJ, confirmed on Sunday that Cannon is the father of their unborn twin sons. She had announced on December 14 that she was pregnant.

On Thursday she celebrated her pregnancy with a desert photoshoot, naked except for billowing Grecian-style robes.

On Sunday, she wrote on Instagram: ‘I pray that God give you both the strength to walk brave and boldly in your individual truth just like your Daddy.’

Cannon was pictured in the images on Sunday for the first time.

The pair are also parents to a three-year-old son, Golden. 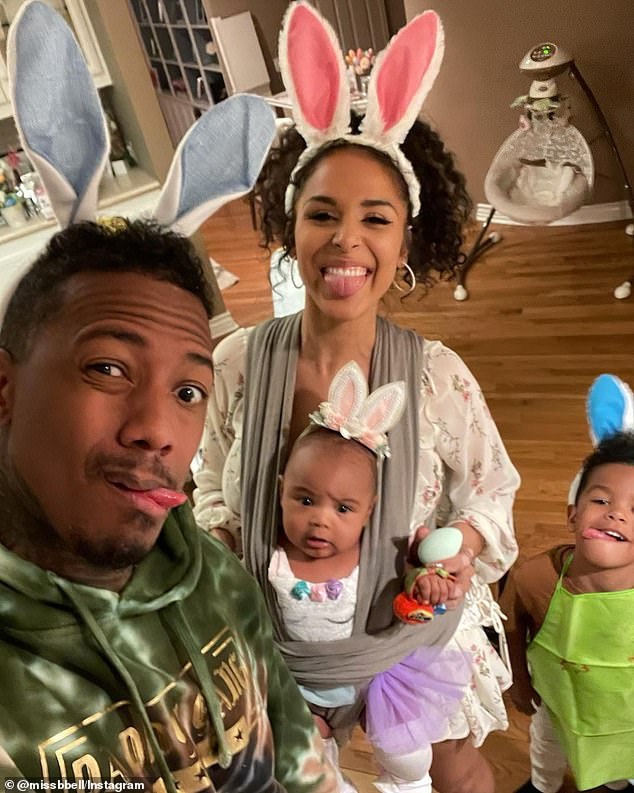 Cannon and Bell on April 2 with son Golden, three, and daughter Powerful, born in December 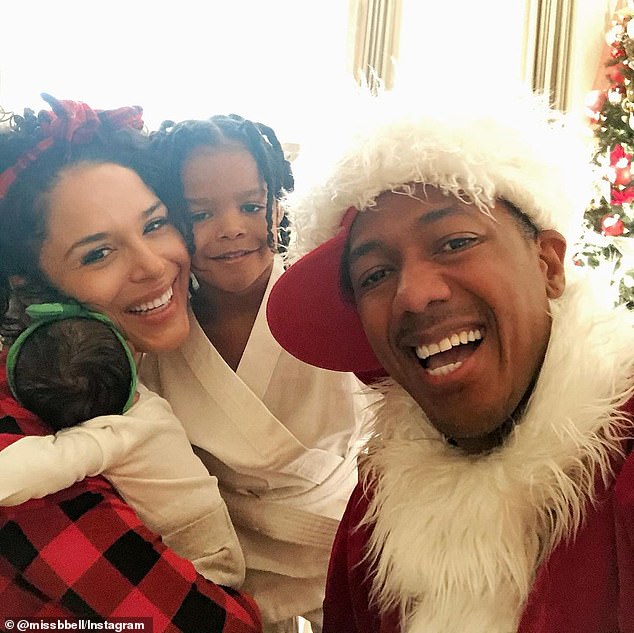 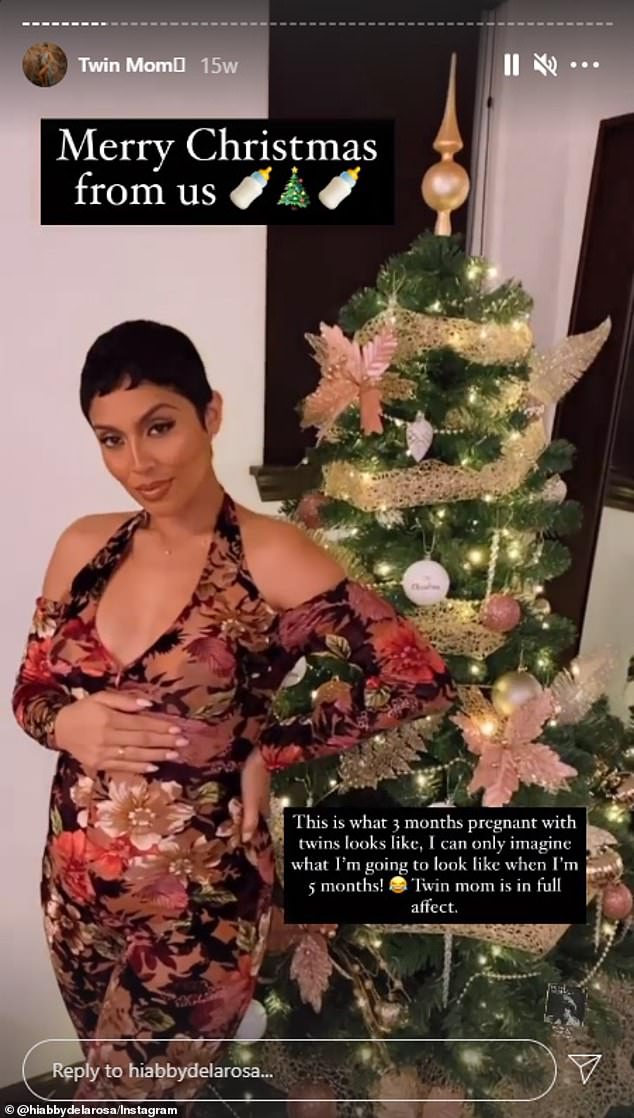 De La Rosa has been celebrating her pregnancy on Instagram 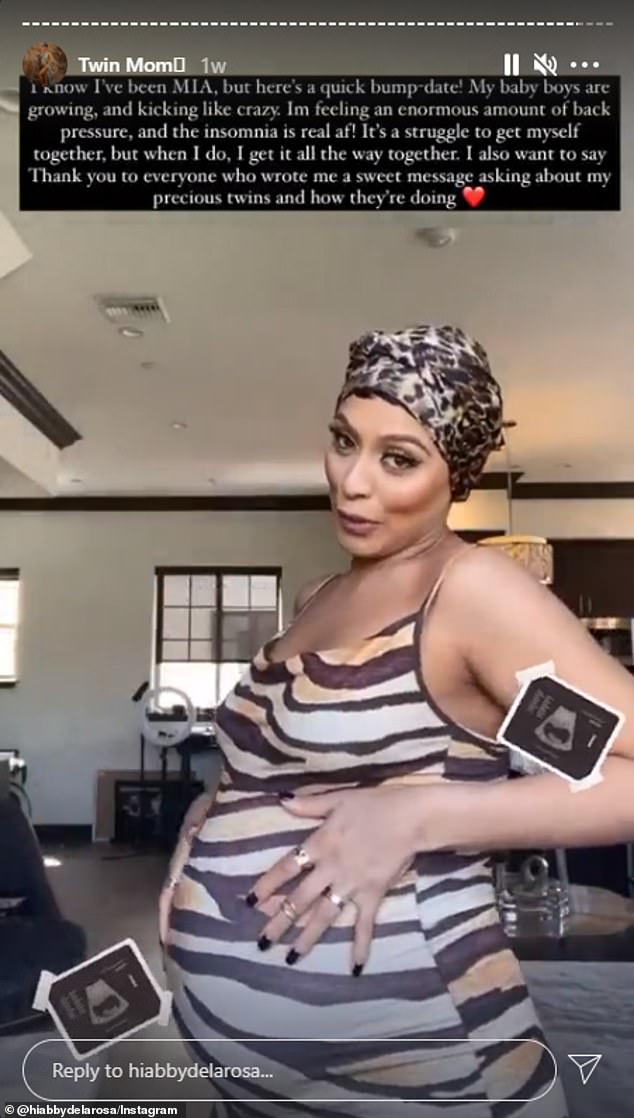 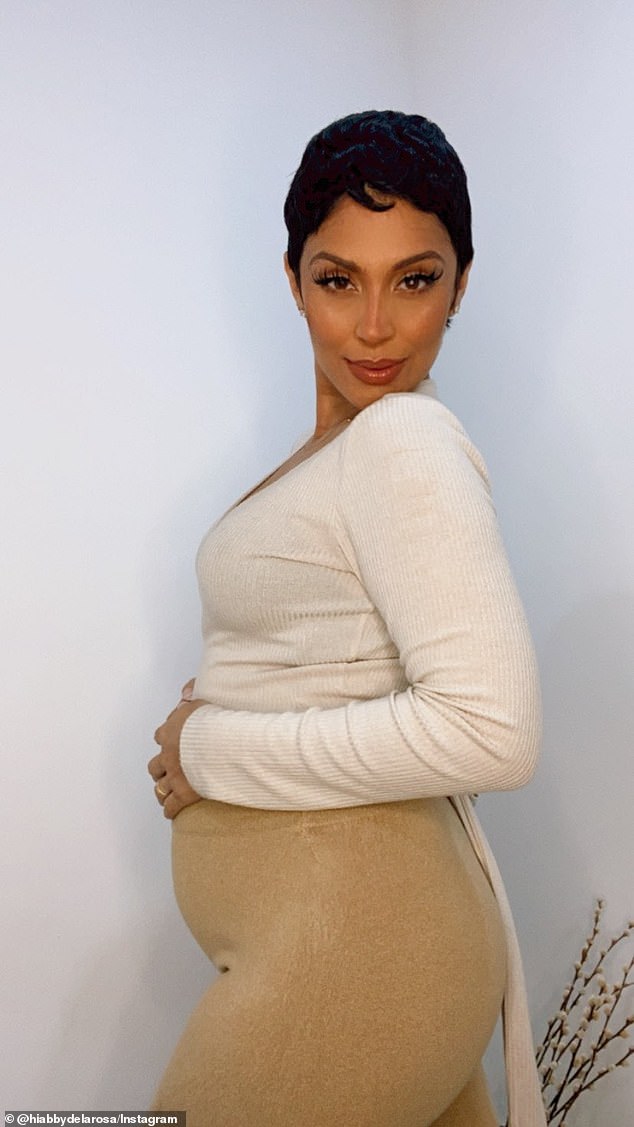 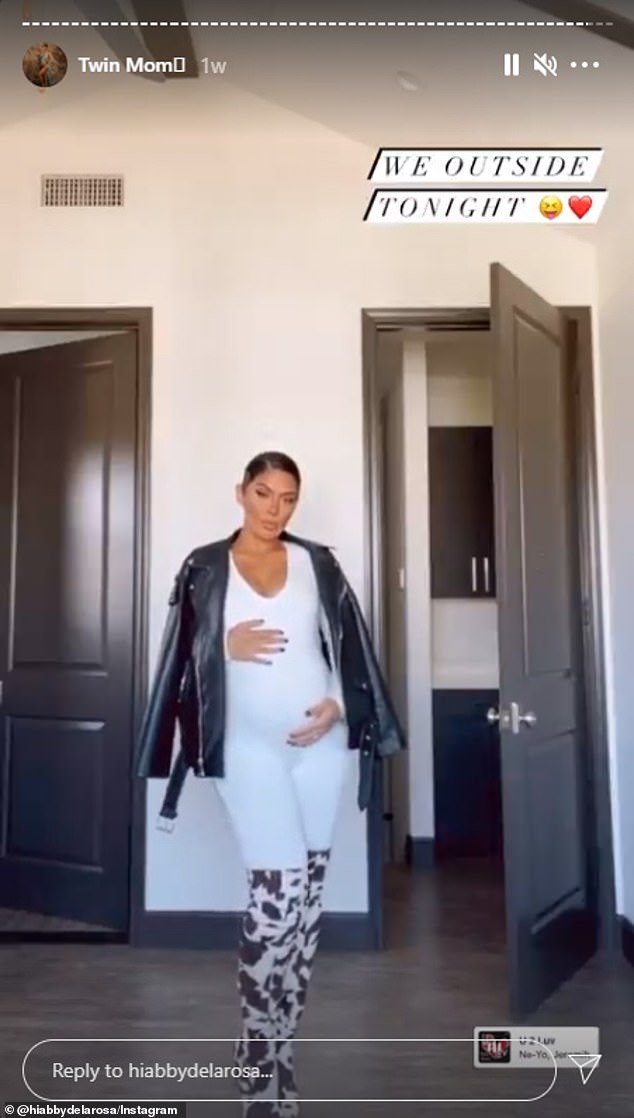 The performer remained coy about the father of her twins, until Sunday

Bell announced her pregnancy in June.

At the time, Cannon was also in a relationship with Victoria’s Secret model Jessica White, 36.

She ended her five-year relationship with the TV host in August, saying that she found out about his impending child with Bell via Instagram. 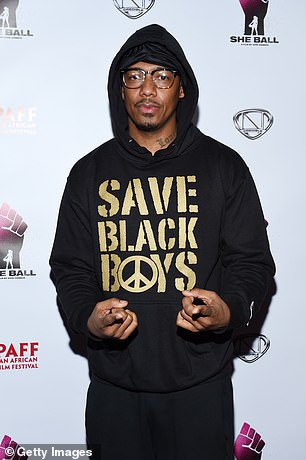 Cannon is seen in February 2020

‘She was aware that I just had a miscarriage two weeks prior to her news coming out, because he told me that he told her,’ White said.

‘I was living at his house, and she knew that as well.’

Bell and Cannon were happily together over the Easter weekend, posting a photo of them goofing around as Easter bunnies on April 2.

Yet in February, he was apparently spending Valentine’s Day with another woman, too – Lanisha Cole, who shared a now deleted video of him in a room filled with balloons. She had ‘King Cannon’ tattooed on her in January: they reportedly broke up at the end of February.

Their son Morocco and daughter Monroe, now aged nine, split their time between both Carey and Cannon. 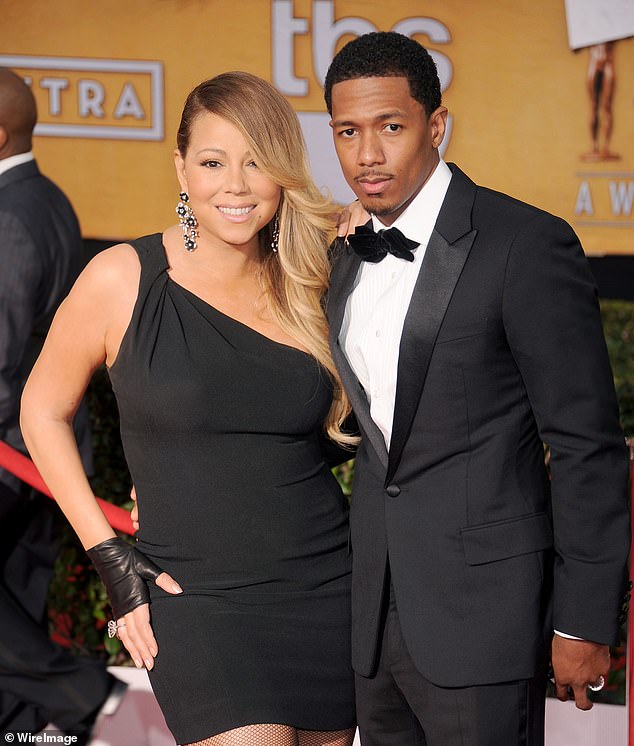 Cannon and Carey, seen in 2014, married in 2008 after a whirlwind six-week romance 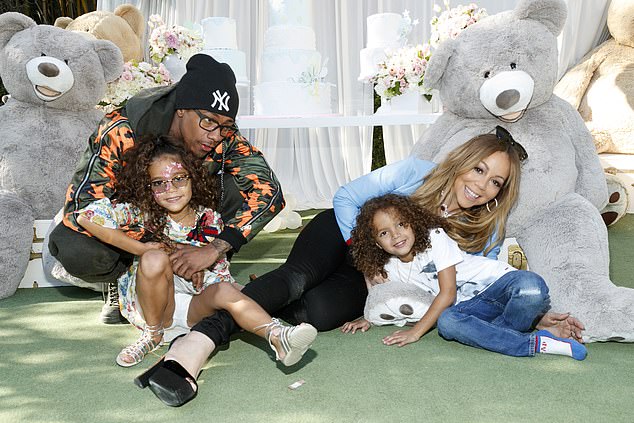 Cannon and daughter Monroe, and Carey with son Moroccan, seen in May 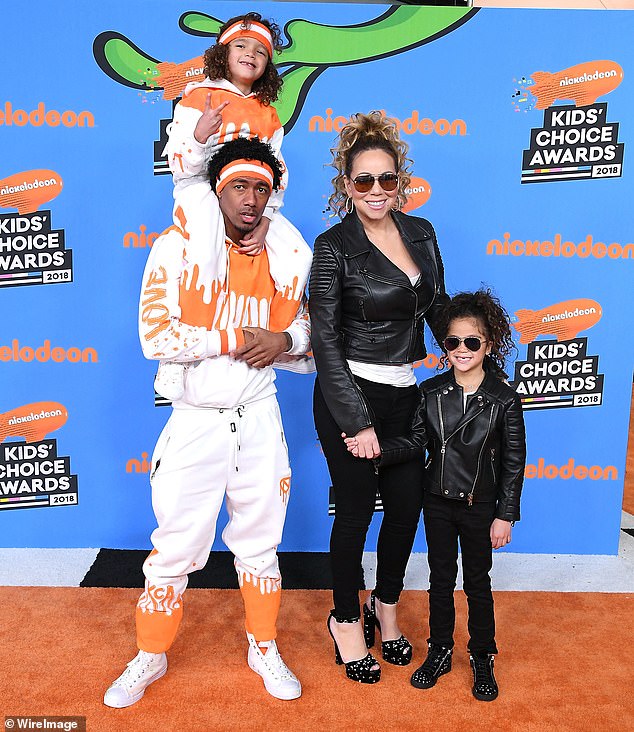 Cannon and Carey in 2018 with their twins – daughter Monroe, and son Moroccan